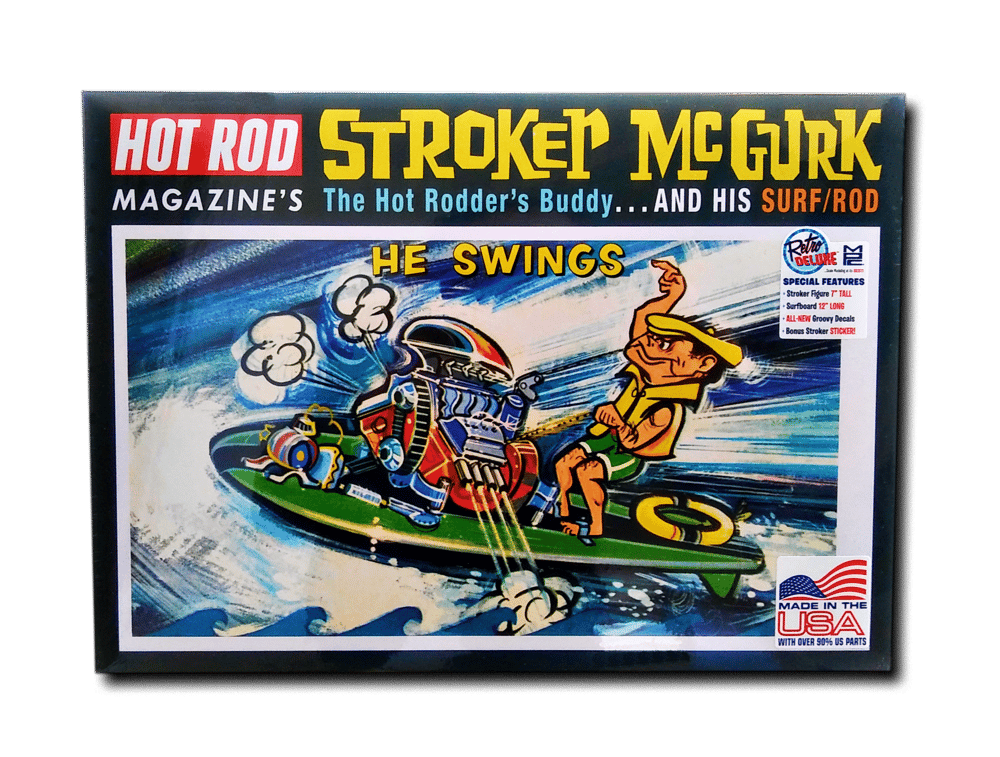 Who says you can't time travel?

Thanks to the fine folks at Round 2, the popular 1960's-era Stroker McGurk "Surf Rod" plastic model kit has been reissued.

It's a hilarious "action" kit featuring Stroker riding a surfboard powered by a big dragster motor! He's holding the reigns with one hand and shifting into high gear with the other!

The kit is based on the Stroker McGurk cartoon "Hangin' Eight" that appeared in 1964 in Hot Rod Magazine.