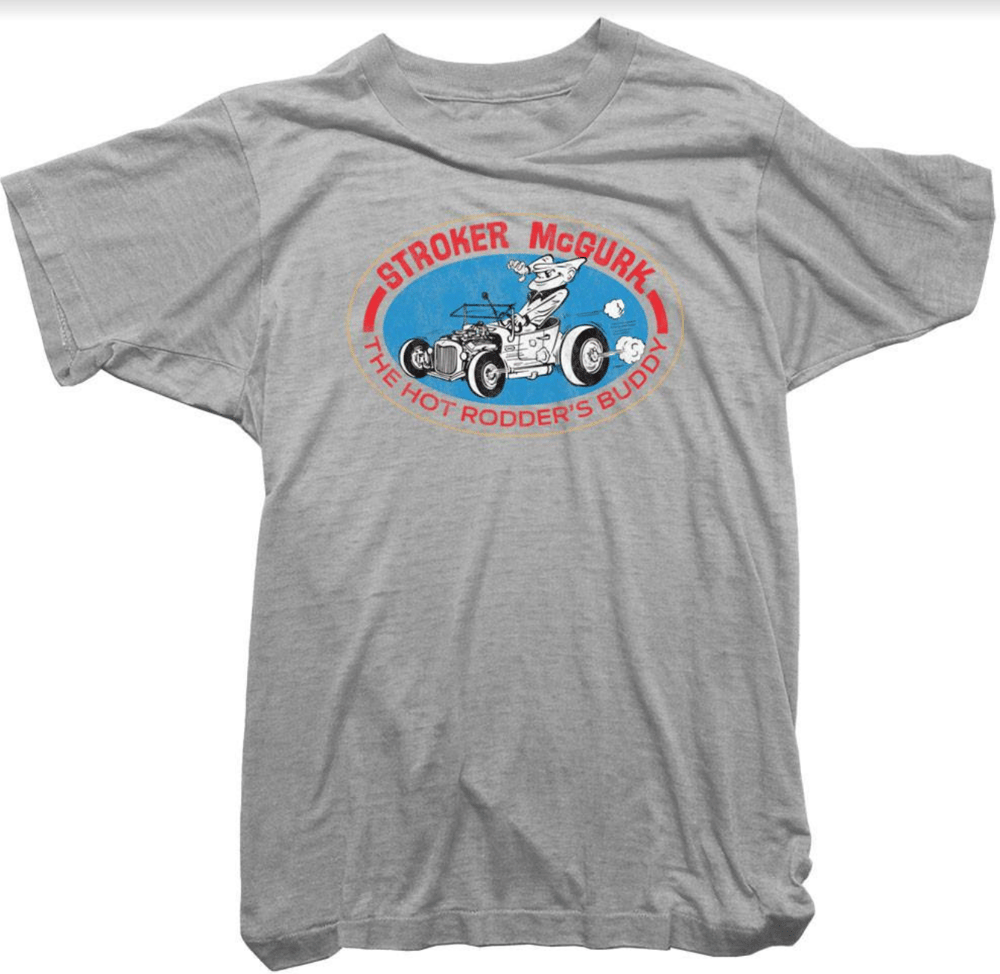 Just like Stroker McGurk would have wrenched on '29 highboy until he got it “just right,” StrokerbyMedley has introduced yet another version of the Stroker McGurk — The Hot Rodder’s Buddy — T-shirt. The new edition features a simplified design on the front AND is now available in three colors -- white, dark grey, and light grey.

As Tom Medley himself surely would have said, “bitchin’!”

The design is based on a decal that was included in the three Stroker McGurk plastic model kits sold in the mid-1960s. By the way, both the "Surf Rod" and "Ghost of America kits have re-issued and are available on StrokerbyMedley. And, a Hot Rodder’s Buddy decal is included in each kit.